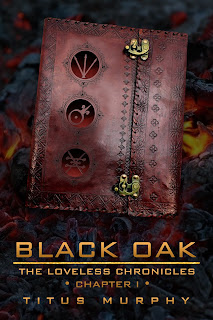 Black Oak
The Loveless Chronicles
Chapter 1
Titus Murphy
Genre: Horror, Fantasy
Publication Date: October 31, 2020
Publisher: Cosby Media Production
ASIN: B08KRQDCGY
WELCOME TO BLACK OAK!
In the town of Black Oak, nothing is ever what it seems. Besides the wrangling local country-types, the city is marred by a history of indiscretions, murders, and no-named civilians perpetrating as heroes. But beneath the surface of this "run of the mill," Midwestern locale lurks a pervasive past that is about to come full circle: like a blazing blood moon.
Mark is an unassuming trucker who has fallen for a beautiful clerk working at a “Mom & Pop” store named Sharon, and nothing else in the world matters more than stealing her heart. But after making a run into the Bayou to deliver a package, destiny steps in and serves him a plate of "the unexpected," which sparks the flames of wickedness that will set his hometown ablaze. And as the secrets buried in this town begin to unearth, the truth will fan those burning flames until there is nothing left but ashes and chaos.
In the end, the only mystery left to solve will be if this is isolated to one town or involve the fate of the entire world...
FOREWORD REVIEW: "...full of interesting characters who hold attention...the secrets of their home are a binding force that brings the tale together."
CLARION RATING: 4/5 "In the fantasy novel Black Oak, citizens across two ears reckon with strange creatures among them."
Amazon

“A what?” Sharon laughed.

Sharon couldn’t contain her laughter. The conversation seemed to be leading to a much more relaxed place for Mark, and that had to be a good sign. Sharon playfully pushed Mark and prodded him on. “Tell me the story your mom told you, silly,” she said. ”What was it about?”

“Okay. Now I know this might sound kind of crazy to you, but she would tell me about these wild beasts in the Black Oaks.”

“Are you serious?” asked Sharon.

“Well, to be honest, I’ve heard that story over a million times too.”

“Yeah. What, you thought you were the only one it was told to? This is Wichita, Mark. Everyone here has heard that story before. My dad used to tell my cousin and me that story every weekend and virtually every day she was sleeping over during the summer. He said that the forest was run by wild animals with long fangs and claws that could rip a man to shreds with one swing. Said they’d harvest your heart for food and drink your blood like wine.”

“Yeah. Sorta. I remember how my mom would lean against the threshold of my room, listening with a serious look on her face as if the story my dad was telling us was the truth. And no matter how many times it was told to me, it would always sound the same. Wild beasts, murderous rampages and mysterious sightings in Kansas, especially in the Black Oak Forest. I brushed it off as a myth because it always sounded like some werewolf story to me. But some people say the stories are real because they’ve been told for over a hundred years in Wichita. Who knows, maybe it all could be the truth. But I never have nor do I now give it too much thought. I tend to put my faith in what I can see, and I’ve never seen anything like what my father and others describe in those stories.”

“Well, I tend to live by one rule when it comes to wives’ tales. If it doesn’t happen to me, it’s not real. So since neither of us has ever seen one before, they don’t exist. And that means it was just a story. Something to tell unruly kids, like you and me, to keep us in line.”

About the Author:
Titus Murphy was born and raised on the streets of New Orleans, Louisiana.  From a small child, there was an overarching desire for Titus to do one thing: win. His drive and determination drove him to succeed. Armed with a strong mind, a quick wit, and a sharp tongue, he set out to emblaze his mark on everyone he would encounter. Unknown to him were the overwhelming obstacles and seemingly insurmountable tragedy he would have to endure. From this devastation came a resolve fueled by an uncompromising commitment that resonates through every aspect of his life. Forced from the city he knew and loved, Titus relocated to Atlanta, Georgia. It was there his desire and commitment came together resolutely to birth a dream that had long been held in his heart. Oblivious to detraction, and beyond all doubt, Titus would become an author. From the streets of New Orleans that marked his life, to the ink-graced pages upon which he now pours his soul, Titus Murphy has come to show the world that he is truly…something more.
https://cosbymediaproductions.com/
https://twitter.com/CosbyMediaProd
https://www.facebook.com/CosbyMediaProductions 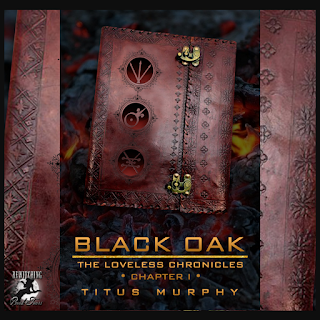