Today we're taking part in the audio book blitz of MUDMAN from author James A. Hunter and Shadow Alley Press. 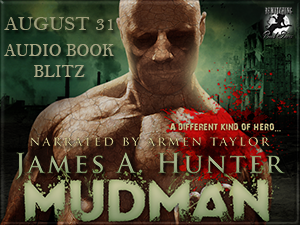 Here's a little bit more about James, in his own words:

Hey all, my name is James Hunter and I’m a writer, among other things. So just a little about me: I’m a former Marine Corps Sergeant, combat veteran, and pirate hunter (seriously). I’m also a member of The Royal Order of the Shellback—’cause that’s a real thing. I’ve also been a missionary and international aid worker in Bangkok, Thiland. And, a space-ship captain, can’t forget that.
Okay … the last one is only in my imagination.

Currently, I’m a stay at home Dad—taking care of my two kids—while also writing full time, making up absurd stories that I hope people will continue to buy. When I’m not working, writing, or spending time with family, I occasionally eat and sleep. 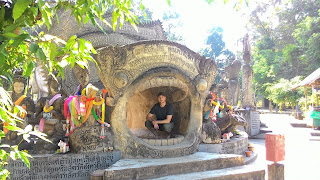 Here's the book description (sorry it's not in audio!) for you:

Levi Adams is a soft spoken, middle-aged Mennonite man—at least he tries to be when he’s not murdering people.

Levi’s a golem, a Mudman, crafted from the muck, mire, and corpses of a World War II concentration camp—killing is just a part of his DNA. He doesn’t like it, but unfortunately he’s been saddled with a divine commission to dole out judgment on those who shed innocent blood. After seventy years as a cold-blooded murder machine, however, Levi’s trying to change his grisly nature. And the AA meetings and church services are helping. A little. But when he runs across a wounded girl, Sally Ryder, during one of his “hunting expeditions,” he realizes self-help may have to go on the back burner.

Someone is attempting to revive a pre-Babylonian murder god, and the road to rebirth is paved with dead bodies. Lots and lots of them.

Now, Levi must protect Ryder—the key to an unspeakable resurrection—and defeat a Nazi mage from Levi’s murky past. But the shadowy mage holds a terrible secret about the Mudman’s unorthodox birth, one offering insight into Levi’s morbid compulsion for bloodshed. It’s a secret Levi would pay anything to uncover: maybe even Ryder’s life. If Levi isn’t careful, he may end up turning into the monster he always imagined himself to be.

If you'd like to get a copy of this, or any other of James' books, head on over to your favorite online retailer. It's got a nice whack of reviews on Amazon if you're still unsure. There is a sample of the audio on Amazon.com

See ya soon!
Posted by Janine McCaw at 10:12 PM No comments: 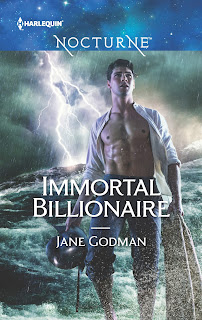 Fantastic or what?
Let me tell you a bit about Jane, if you're not familiar with her work. Jane loves the supernatural, ergo, we love her. As her fans know, her stories are full of haunted characters tormented by dark secrets. She writes in many genres, but today we're saluting her Harlequin Nocturne upcoming novel "Immortal Billionaire".


I had the chance to ask Jane a few questions so you could get to know her a bit better, and here's her answers:
Supernatural Central: Jane, can you tell us a bit about your main character in this book? 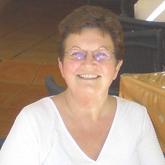 Well, if that doesn't leave you curious as to what Immortal Billionaire is all about, we don't know what will. So, without letting anything out of the bag, here's the scoop:


Dark secrets and unquenchable desire collide in this captivating paranormal thriller…
Connie Lacey lives a nomadic existence. Alone. Safe. She can't risk being found by the stalker who haunts her waking nightmares. Until an invitation from billionaire Sylvester de León—to spend thirty days with him on his private island, Corazón—proves impossibly tempting. But one look at the gorgeous host's deep blue eyes, and Connie knows there is nothing safe about this paradise and the aristocratic man who calls it home.


The island is cursed…as is Sylvester himself. Yet something in him calls to Connie, ignites a desire that's filled with raw, timeless need. But Corazón has many secrets, each more dangerous than the last. And in a place where everlasting love, the past and fate intersect, even death is only a beginning…


That sounds sizzlingly (yes, I made that word up) dangerous, doesn't it? If you'd like to pre-order a copy of Immortal Billionaire, you'll find it at Amazon, Barnes and Noble, Kobo, Google Play, and of course your favorite Harlequin retailer.
Jane came to Supernatural Central via Bewitching Book Tours.
Supernatural Central did not receive anything for this interview but good vibes.
Posted by Janine McCaw at 5:27 AM No comments:

Well hey there, fray. I finally have a moment to give a quick review of the summer movie GHOSTBUSTERS (Answer the Call). As you probably know, I am a big fan of anything "ghost", so I was really looking forward to this reboot of the 1984 classic. Sigh. 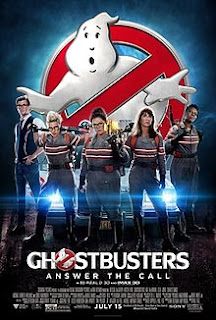 Now there's been a lot of talk about the decision to go with the all female cast, and of course since I fit into that human sub-species, I see nothing particularly wrong with that. So don't go there with me. Ever.

But... if we still had video stores on the corner, I would consider this movie a "renter". Fun to see, but not worth the $$ to go to the movie house to watch. Sure there, some recognizable faces and some funky special effects, but for me... it just didn't give me the "boo" for the buck that I was looking for.

I'm a big fan of Melissa McCarthy. I liked her in The Gilmore Girls. She's great in Mike and Molly. She was fabulous in Spy. But they didn't give her enough to work with in this flick as Dr. Abigail "Abby" Yates. Who's fault? I don't know, but a golden opportunity was missed somewhere.

You know who steals the show? Kate McKinnon. Her portrayal of Dr. Jillian Holtzman is the best thing about this movie. I want her glasses. You can cut some serious swagger in those glasses. 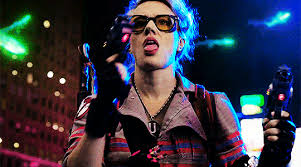 And let's give a shout out to Leslie Jones as Patty Tolan. She's a breath of fresh air when she comes into the mix.

Truthfully, I'm trying to figure out a way to hire their receptionist (wink,wink), but apparently he's in big demand, that Chris Hemsworth.

I know the script went through several versions before the third installment of this franchise started filming, but for me it could have gone through one more. It didn't hit the expected level of campiness...campiness??? You know what I mean.

Posted by Janine McCaw at 6:58 AM No comments: