INTERVIEW WITH ELIZABETH BLACK (Happily Ever After)

October is such a busy month for we supernatural fans. It's extra special when an author has time to drop in for a quick little chat. Today we have Elizabeth Black for a few moments. Welcome, Elizabeth!

EB: Thank you for having me here today. It's a pleasure. I enjoyed answering these questions. Although I don't believe in the paranormal, I wish it were true. My favorite paranormal creature is the ghost. I've stayed in haunted hotels, inns, and bed and breakfasts. I've visited haunted pubs and restaurants. While I don't usually have any experiences, the history of these places is fascinating to me.

EB: There isn't one main character since this book is a collection of short stories. However, I'm sure readers know who these characters are – Cinderella, Red Riding Hood, Snow White, The Pied Piper, The Shoemaker and his wife, and more. Some of the other stories are based on non-European or unusual folklore.

SC: Ah yes, twisted versions of the classics. You've already answered this, and although you don't believe in the paranormal per se, do you have a weird experience you can share?

EB: I call myself an X Files Atheist – I Want To Believe. ☺ Suffice to say I don’t believe in the paranormal, but I wish it were true since the world would be a much more interesting place with a little magic. I like to stay in haunted inns and bed and breakfasts. Most of the time, I have no experiences at all.

There was one B&B in Maryland that was purported to be haunted. I went to a business conference near the place, and so I decided I had to stay there. I knew the ghostly legend of the B&B. The building was originally a brothel. The madam, who owned the house, lived there during the Revolutionary War. British soldiers came up the river near the house. Once they landed, they razed the town leaving only a few buildings standing. When the soldiers first arrived at the house, they tossed torches onto the porch. The madam swept them off with a broom. The only reason this house was not burned down was because the madam made a deal with the soldiers – she'd let them stay if they in return would leave her home intact. They even enjoyed the services of the ladies of the house.

When I stayed, it was a busy Friday night. Dinner was half off, which was great for my purse. By 11 p. m., I was exhausted and ready for bed. The building closed for the night at about that same time. I fell asleep quickly. At about 3 a. m. I was awakened by a loud party going on in the room next to mine. I was too tired to bang on the door to tell the occupants to keep it down, so I fell back to sleep. I awakened again at about 5 a. m. to blessed silence. I did hear footsteps going up and down the hall, but I didn't think anything of it.

The next morning, as I checked out, I mentioned the noise coming from the next room. The clerk blanched. She told me I couldn't have heard anything.

I was alone in the building all night.

I have thought about it, and I'm convinced the "party" may have actually been the kitchen crew cleaning up for the night. That said, I wish I had witnessed a ghostly party! What fun that would have been! It certainly wouldn't have been your average haunting.

This experience inspired my first novel, "An Unexpected Guest".

SC: Thanks for sharing that experience with us! What titles are you working on now that you can tell us about?

SC: Alright then, we'd better let you get back to it while we sneak a peak at this novel. 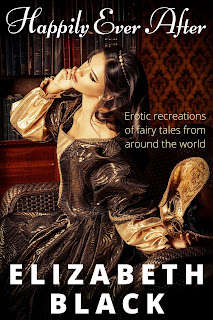 Excerpt – Call of the Piper

"Kiss me there once more." Henry begged.

"Only if you let me fuck you again."

Henry Mountjoy stretched on his bed as the young man's mouth wrapped around his engorged cock. He fisted the bed sheets, ready to burst for the second time that afternoon from the best mouth fucking he'd ever had. As that tongue flicked along his shaft, Henry arched his back, stirred by the expertise of his lover. Thin fingers fondled his balls, rolling them around like hacky sacks, and the man played Henry's cock as if it were a skin flute. Stars burst behind his closed eyes, and his pulse beat hard in his throat. Every nerve on his body tingled with excitement.

No one had ever made love to him with such finesse, certainly none of the village women. No matter now nubile they appeared they stirred no passion in Henry yet he pretended to enjoy their ministrations only to keep his father at bay. He'd enjoyed secret trysts with an occasional butcher and even one veterinarian, but none had affected him the way this man had. The man who tended to his ache arrived in the town only three days earlier, but the instant attraction drove Henry mad until the fellow accosted him in a deserted room in the manor house.

"I want you inside me again." Henry said.

Fragrant oil dribbled down his ass, and within moments the man entered him; first just the tip until Henry adjusted to his girth, and then he slowly slid his entire cock inside. Henry craved the filled-up sensation from this man whose cock was so huge it threatened to cleave him in two. Henry had entertained all manner of pricks, but this man's far surpassed the rest. Not only was he large, he knew what to do with it. After several swipes at his sweet spot deep inside, the build-up of arousal overwhelmed Henry, who shot his load all over the clean cotton sheets. His lover pounded hard, driving that stake home until he came with a cry. Warm cum dripped down Henry's ass and cooled against his thighs. The young man rolled off Henry and took him in his arms, two becoming one in the afterglow of their lovemaking.

"Was it good?" The young man asked.

"Your hearing is terrible. I asked 'Was it good?'"

"Are you kidding? You're incredible."

"So, when are you going to tell me your name? Even my father doesn't know your name and he hired you to drive away the rats in town."

"My name isn't important. You may call me the Pied Piper."

"That's not a name, that's a title. Aren't you called Lucas or Jeffrey or something more exotic like Erasmus?" 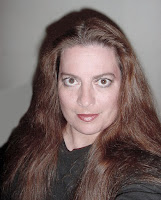 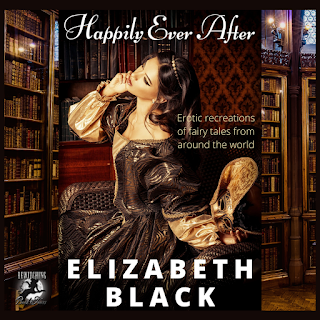