Here we are, the first Monday in October, which is a pretty scary thought because you know, first of all it's a Monday and second, it's the scariest month of the year. Yikes! Good thing we get to take a break for minute because B.L. Callaghan is in the house. Welcome!

BLC: The main character in Awaken is Sapphira. She’s a nineteen year old Australian woman who is thrown into a world she knew nothing about – magic, monsters, gods, and mayhem. She’s told that she is the Goddess Incarnate – a god of reincarnation, but doesn’t believe it. I mean, who would?!

Saph has to catch up on a lot – like figuring out her magic. Even her place in the world.

And on top of all that, she’s supposed to tip the balance in an eons-old game between some pretty nasty creatures!

Sapphira isn’t your typical hero, though. She isn’t instantly good at anything, she can’t fight and is totally trusting of everyone around her. You get to see her struggle and grow while she processes everything – and tries to stay alive.

SC: You had me at "mayhem". Do you believe in the paranormal and if so, do you have an experience you can share?

BLC: I do believe that there is more out there than we can comprehend – not sure if there are actual monsters and such, but spirits and abilities and sensing otherworldly stuff? Sure!

When I was younger I had this cool watch. It went missing, and I was so upset! My mum and I tore the house apart looking for it, but we couldn’t find it. Then, I had a dream that I searched the world for it with my invisible friend – and when I woke up… it was in my hand!

BLC: Another time, I was at school, and out of nowhere I told everyone that my sister was in the back of an ambulance on the way to the hospital. I had no way of knowing that – but she was! She’d had a seizure and was rushed to hospital – at the time that I’d said! Strange, right?!

SC: Definitely a strong connection between you and your sister. What titles are you working on now that you can tell us about?

BLC: I’m currently working on the rest of the Goddess Incarnate series, the next few Kids in Care picture books, and a few other new projects!

I’m hoping that the next installment of Saph’s story will be available for readers to get their hands on soon!

SC: That's great news. Let's take a look at this book now. Thanks for joining us. 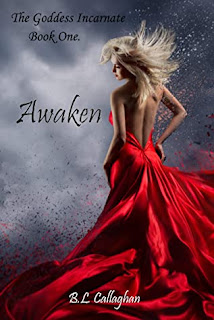 Awaken
The Goddess Incarnate
Book One
B.L. Callaghan
Genre: YA/NA Fantasy
Urban Fantasy, Supernatural
Publisher: Bianca Callaghan
Date of Publication: August 12, 2020
ISBN:  9780648844853
ASIN: B08DF5GDDT
Number of pages: 340
Cover Artist: B.L. Callaghan
Tagline: How do you choose a side, when everybody lies?
Book Description:
A hidden world readying for war. A woman destined to tip the balance. But how do you choose a side, when everybody lies?
Sapphira Dawn was told she was the new Goddess Incarnate, the most powerful being on Earth.
At nineteen, she didn’t feel powerful – she felt betrayed and angry.
Suddenly thrust into a world that she knows nothing about, a world where magic and monsters actually exist, Sapphira races to learn all she can about her magic.
And to find her place in this dangerous new world.
Some of the monsters want to use her, the others just want her dead.
But can she gain the knowledge needed to stop an impending war before it spills into the human realm she once called home?
Amazon

About the Author:
B.L. Callaghan is an Australian Foster Carer and Educator with over a decade of industry experience.
She runs the Facebook page “More Than A Foster Carer”, where she shares her experience working with the foster system.
B.L. Callaghan lives in rural New South Wales with her husband, a changing number of children, a dog and some chickens.
As a self-proclaimed creative soul, she has had a passion for writing fiction from an early age. When she’s not wrangling chickens, children, or dogs, B.L. Callaghan love tagging along on epic quests, and being whisked off on magical adventures.
B.L. Callaghan write children’s books for children in the foster care system, as well as YA and NA titles
https://blcallaghan.com/
https://amzn.to/3bnkWLN
https://www.facebook.com/authorblcallaghan/
https://www.goodreads.com/author/show/20220871.B_L_Callaghan 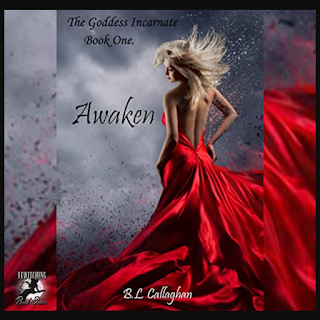