INTERVIEW WITH SUSAN RUBIN (The Road Not Taken)

Well here we are again…still stuck in this crazy world that none of us imaged a year ago. So I ask. Is fantasy such a strech? Things to ponder. Luckily we have author Susan Rubin in the house to get us focused for a few minutes.

SR: The Road Not Taken, is a magical novel, which travels the universe with a newly widowed housewife, Deborah, whose life is about to change completely. She is introduced to the Time/Space continuum by an ancient tribe, the Lost, 100 humans who landed on earth when it cooled down. These fifty million year old earthlings are looking for somebody to help them decide the merits of our planet, which is complex to maintain and takes up a great deal of energy.

To give her the information she needs to make a judgement on the fate of the earth, they show her parts of the universe she never knew existed: archived planets that are uninhabited, mythological gods of Egypt who befriend Deborah in her cosmic travel, a snow leopard who sagely advises her, and a mentor who is her identical twin to guide her. As she walks the Road Not Taken, she encounters lovers, mentors and friends who have died, and left this life, this Time Frequency behind.

A central engine of the story involves her following her mentor inside a Van Gogh painting and forming a friendship with the painter. He has no idea that after his death, his paintings have become famous and worth untold millions of dollars, sold to hedge fund billionaires and other wealthy patrons of the art, who have no soul with which to understand them.  This overwhelms the painter with grief since he feels his paintings belong in public places, not rich peoples’ second-best bathroom. Deborah is shaken by his sorrow, and he in turn questions what she is doing with her life, what her “talent” is. She has never thought she had a talent, but she becomes convinced by the painter (as they indulge in great amounts of absinthe) that everybody has something they are meant to do in their lifetime – soon she is moved by the her new friend to search for her life’s meaning, the work she is intended to do on earth. Ultimately, she decides she will repay Van Gogh for her new consciousness: she will retrieve his works from their owners and replace them with copies painted by dozens of the greatest painters who are no longer living in this Time Frequency.

She must assemble a “team” which includes her dead mother, as well as Osiris, Set, Isis and Nephthys, (four of Egypt’s most beloved gods), one of the Lost who is her lover, two savvy tabby cats who share her home with her and of course the painters who will make the copies. As this caper is carried out, she meets a Yoruba priestess who tells her a story about the power of the human spirit. Finally, Deborah has all the pieces to the puzzle of her life, she will assemble them in front of us, as she comes to her conclusion and makes an argument in front of the Lost for the continuation or destruction of planet earth.

Filled with historical truths and fantastical ideas, we see this previously unfulfilled woman find her contract with creation and makes a serious contribution to the fate of life on this planet.

SC: Congrats on weaving all those threads together in one novel. This is a supernatural blog, so we need to ask, do you believe in the paranormal and if so, do you have an experience you can share?

SR: I believe that the Time/Space continuum is a massive recording of everything that has ever happened: Every word spoken, every encounter between people or animals, every moment in Time that has occurred exists on this “tape” and could be found if we had the technology. I believe the Higgs Boson particle was the first burst of existence in our many galaxies, solar systems, the known universe. I understand that in a billionth of a billionth of a second, everything came into being, and in the same amount of time, all of what we are, what we know, who exists, could be extinguished by this particle.

In my own life I am psychic about certain things that can only be explained by the interconnectedness of all of us: a web that binds everybody’s consciousness and life together. I was aware the night my father died with no warning, that he was about to die. I tried desperately to get to him by phone, since I was thousands of miles from home, but he chose not to say goodbye to me. It is a sadness I have never stopped feeling although I understand that he was too tired to bid his life farewell. I like to think he didn’t want to hear my voice shatter as he said he was dying.

I felt my mother’s life slip away as well. After a long visit with her I drove home and knew as I entered my house that I would get a call that she was dying. And I did. It was less shocking because I had been with her and had a chance to say goodbye. But it was not expected, and still I felt it as it happened.

I have had similar, though less impactful psychic hits when something has happened like the bombing of the World Trade Center. I would call this simple fact: some people feel such strong connection to other people, and to the world itself, that they can feel things as they are happening and before they are announced. This may not be what is defined as paranormal, I would call it very normal.

SC: You've got some sound reasoning there. What titles are you working on now that you can tell us about?

SR: My book, The Road Not Taken will be published on September 4, 2020. I am still very lost in the haze of the book. I keep it on my desk and can easily get lost in the story if I open it and read. I am often surprised by something that happens in the book although I have read it many times.

To fill in this question I will say that before I wrote this debut novel, I was a successful playwright, and from the very first thing I wrote I dealt with the living among the dead, the reality of other existences than the planet we are on. I have written about a cloud that was a nightclub for women who had died of breast cancer and were expected to perform a piece of entertainment that would allow them to move on to their next existence. I have written about Eve being returned to the Garden of Eden in the Morgue at Bellevue where she was once again given the choice of reaching for the apple or remaining without knowledge. My last play was about a woman who made a deal with the devil for extra time on earth to accomplish something for humanity, and her time is up. She and the devil must negotiate a new deal or she is finished, and she has not accomplished anything in her extra time.

I have never written anything Naturalistic. I am curious and soothed by the concepts I have described about Time and Space and the ongoing existence of everything once it has had life.

SC: Well thank you again for dropping in for a quick chat. Let's take a look at your novel now. 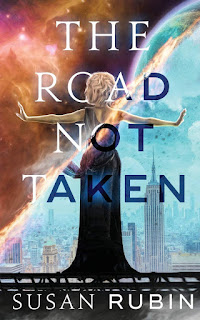 The Road Not Taken
Susan Rubin

Tagline:  A trippy fantasy that uses time travel to explore the inner drives of a woman in midlife whose errand to a department store lipstick counter becomes an opportunity to unravel the mystery of self.

Widowed suddenly at age 50, Deborah is left with plenty of money but no direction to her life. Shedding her suburban housewife life, she moves back to the West Village where she grew up.

When she meets a woman who appears to be an identical twin, Deborah discovers the Lost: a group of 100 fully-formed people who were dropped off on Earth as it cooled down and who have lived on the planet as it developed.

The Lost show her the myriad dimensions of Spacetime, taking her to ancient Egypt, Weimar Germany, and planets without inhabitants. They reunite her with deceased loved ones. She forms relationships with an Egyptian god and a famous artist through whom she lives new truths and learns who she needs to become to walk the road not taken. 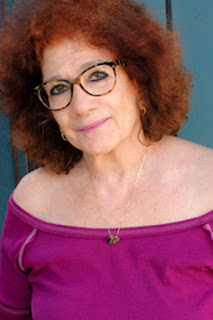 Susan Rubin has written for Funny or Die, and in contrast, she’s written more than two dozen documentaries that highlight international women’s issues like domestic violence, forced child marriage, and untested rape kits accumulating in police evidence rooms. Rubin has used her skill, empathy, and compassion to render these darkest of topics into accessible films distributed to tens of thousands of college classrooms.

As a playwright, Rubin has, for 20 years, been the recipient of Los Angeles County Arts Commission Grants and Los Angeles Cultural Affairs Department Grants. She also was honored with a six-year residency at the prestigious Los Angeles Theatre Center. Her plays have been seen at New York Theatre Workshop, Baltimore Center Stage, and at every major 99 seat theatre in Los Angeles including co-productions with Bootleg Theatre, Circle X, Skylight Theatre to name a few. She is the recipient of Garland, Ovation and LA Weekly Awards. 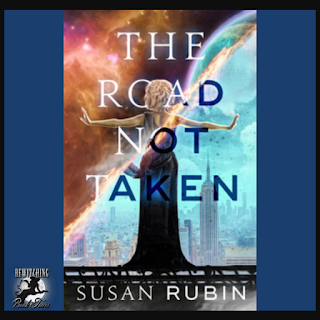