P.W. CREIGHTON talks about THE WELL and other things...

We have a special treat for you today. Author P.W. Creighton stopped by to answer our three fave questions:


PWC: Aidan Reynolds is 14 and hopes to be on the JV basketball team in the fall when he starts at Parrish Cove High School. He has been living with his Aunt Madelyn since his parent’s divorce when he was six. His mother wants nothing to do with him, while his father spends long tours abroad deployed with the Navy. As a result, Aidan’s aunt has roped him into many town activities including the most recent archaeological dig at the historical society. Aidan has developed a long fascination with history, but tries to hide his inner geek.


SC:  Do you believe in the paranormal and if so, do you have an experience you can share?


PWC: The paranormal is something quite normal to me. Through college I was studying the effects of belief in the supernatural as a cultural study in my anthropology and folklore studies. This led me to being a part-time ghost hunter. I’ve spent countless hours tracking down urban legends to find a grain of truth, and quite often I’ve ended up with more than a creepy story in a weird location.


A great example would be a look inside a reportedly haunted 1834 jail. 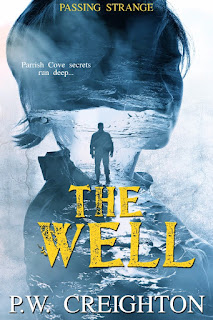 Cover Artist: For The Muse Designs

For Fourteen-year-old Aidan Reynolds, the archaeological dig at the Parrish Cove historical society is the only thing making the summer interesting.

That is until he meets Maddie, an unusual girl who has just moved to town and is convinced that there is more to the local legends surrounding the historical society than even he knows.

While Aidan may not believe her, the strange artifacts that are recovered from the dig force them into exploring the dark, twisted history of Parrish Cove and its strange doctor...a man who vanished over a century ago.

Together, they uncover a town secret that has been forgotten for centuries, and discover that there are some things that should stay buried.

…The officer started us back into the plaza at a rapid walk. His clomping steps on the brick walkway, and the heavy jingling of his belt gave an air of strength. Although Maddie was glued to my side, I could feel her gaining confidence with each step. We were probably running from a dog again.
“Here,” I said, and started us back down the alley past the Custom House.
“Did you see the animal?” The officer asked.
“Yeah,” Maddie responded.
“No,” I corrected with glance at her. “It was fast.”
The officer clicked on his huge flashlight, casting a blinding light down the alley ahead of us. He quickly turned the light down the side alleys as we passed them to check for motion. It only lasted a moment before he swept the back ahead of us over the dumpsters and piles of cardboard lining the alley. The beam was so bright that it was possible to illuminate the brick walls on both sides.
Everything changed the moment we emerged into the park. 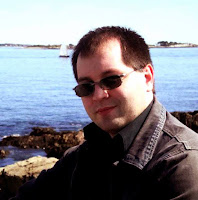 Born in California, he has spent most of his life traveling throughout the US. Drawing inspiration from his many adventures, turning that strange reality into fiction.

Over the years, he has found himself in many unusual situations, ranging from hanging off an 80 foot cliff-face in New York, to sailing off the coast of Salem, Massachusetts. He has hosted archaeological excavations, and have even reported from the middle of a police stand-off.

When a teacher asked him in the second grade what he wanted to be when he grew up, he didn't have an answer. To be honest, he still doesn't know. He just lets his characters make that decision.

Goodreads - https://www.goodreads.com/author/show/5625997.P_W_Creighton
a Rafflecopter giveaway
Posted by Janine McCaw at 12:00 AM