INTERVIEW: GODDESS OF THE WILD THING with PAUL DeBLASSIE III 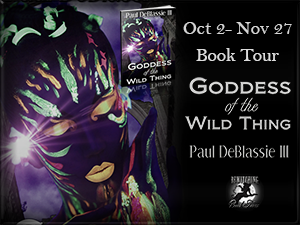 Well here's a nice start to today. We've got an interview with author Paul DeBlassie III. He's got a book to tell us about, but let's get to know him a little first.
SC:  Tell me a little bit about your main character of this book.
PD: In Goddess of the Wild Thing, Eve Sanchez is a professor of Esoteric Studies, a woman struggling to discover whether bad love is better than no love. She knows so much, yet knows so little. Goddess of the Wild Thing is a visionary thriller about a woman’s reckoning with taking chance on love and coming face to face with an evil woman who wields black magic to stop love in its tracks. Her challenge is to either give up or face impossible odds and trust that the magic of love can unleash forces that can take on even the most sordid of downtown witches.

SC:  Do you believe in the paranormal and if so, do you have an experience you can share?
PD:  I am both a depth psychologist and writer. Archetypes within the unconscious mind fill my daily life, my practice of psychotherapy, and infuse my writing with the paranormal. Uncanny incidents, dreams and nightmares, intuition, and natural magic are part and parcel of my daily experience. Last night, I dreamt that an old patient was going to call and that I should make room for a consultation. I’d forgotten about the dream until 10 am when I was in between patients and saw a call waiting on my voicemail. You can guess who it was and what he wanted. I made room. In the world of the paranormal there is no space and time differentiation, only reality that has been and will be and informs us along the way.
SC: That's very intuitive. What titles are you working on now that you can tell us about?
PD :Well, now that The Unholy has been written and out there for a few years, and the Goddess of the Wild Thing has darted out into virtual reality and is making her rounds on blog tours, Facebook, Twitter, and  my regular blogs on pauldeblassieiii.com , my writing is lighting up with The Goddess of Everything, another magical tale about the mystic in the midst of the natural, love and heartache, and humans discovering that the supernatural world is here to help as we keep an open mind and heart.
SC: Thanks so much for stopping by today. Let's take a look at the book now! 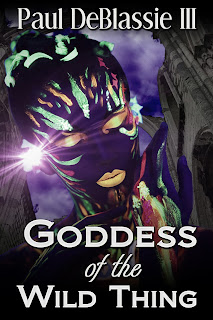 Goddess of the Wild Thing is a dramatic tale of one woman’s spiritual journey where magical happenings, unexpected turns of fate, and unseen forces influence her ability to love and be loved.

Eve Sanchez, a middle-aged woman and scholar of esoteric studies, encounters a seductive but frightening man who introduces her to a supernatural world in which the wicked powers of a surrogate mother’s twisted affection threaten love and life.

In the mystic realms of Aztlan del Sur, Eve and three friends struggle with whether bad love is better than no love and discover that love is a wild thing.

Eve sharpened her focus. She saw the sharp nail of a witch’s right finger tracing Graciéla’s image on a foggy mirror in a grungy bathroom, touching the center of the mirror with a hatred so intense, the glass burned red hot. The mirror in Graciéla’s kitchen cracked. Shards jettisoned at the old healer then were magically warded off and drifted in place about her head and neck.
Graciéla’s energy, tired as she was, had fended off the pointed shards. She hadn’t been impaled. But the strain had ushered her from one world to the next. Death came not by the hand of another but by a weakened mind and body defending itself.
Eve, shaken, allowed her soft touch to stay on Graciéla’s forehead, confirming the horror of what she’d seen. Shamanic wisdom, often discussed between the two kindred souls, spoke to Eve as she stroked her friend’s head, remembering that death provided passage for one whose life had been well spent and whose time had come.
Eve wept.

After a few moments, she closed her friend’s green eyes and whispered tenderly, “Always my friend, always love, always together in life and in death.” She stood and wiped the tears from her eyes. A gray-brown, green-eyed, great horned owl hooted from the largest cottonwood branch outside the back window.
Eve heard Shirley finishing her call to the EMTs and police, and then walking to the front of the store to await their arrival.
One large shard lay at the end of the table, sharp tip pointed outward. It reflected Eve’s image, a glowing red ember menacingly centered at the brow point 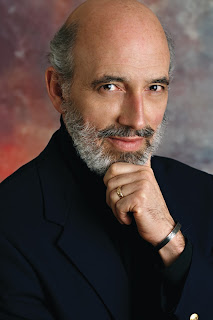 Paul DeBlassie III, Ph.D. is a depth psychologist and award-winning writer living in his native New Mexico. He specializes in treating individuals in emotional and spiritual crisis. His novels, visionary thrillers, delve deep into archetypal realities as they play out dramatically in the lives of everyday people. Memberships include the Author’s Guild, the Depth Psychology Alliance, the International Association for Relational Psychoanalysis and Psychotherapy, and the International Association for Jungian Studies.