SMOKE AND MIRRORS: A VAMPIRE ROMANCE by ELISE NELSON

Lucky us! We have author Elise Nelson in the house today to answer a few questions before we delve into her novel. Welcome, Elise!

SC:  Tell me a little bit about your main character of this book.

EN: The main character of Smoke and Mirrors is Caroline Blake. She’s an independent woman who has never really gotten along with others. She has had bad luck with friends, part of which stems from deep anxiety and having to grow up too fast. Some of it is because she’s simply had bad luck with people. Her late aunt used to tell her stories of the supernatural—things to beware and cautions for Caroline to abide by throughout her life. This impacted Caroline in a variety of ways, but it doesn’t stop her from facing an assignment no one else wants to face when she gets a new job in a new city: she must live at the elusive Ashdown Family’s creepy, supposedly-cursed mansion for over a month, reporting on anything she can for her paper and helping the family prepare for an upcoming festival. Something tragic and truly horrendous happened at the last festival decades ago, but Caroline doesn’t believe in curses. She doesn’t want to, anyway.

As Caroline takes this job, secrets start unraveling before her eyes, and the most disturbing part is some of them are tied to her. And while all this is going on, she starts falling in love with the lord of the house, William Ashdown, whose insufferable nature makes her wary of him at first—she’s downright annoyed by him, really. But it doesn’t take long before she and William realize they have more in common than they ever could have predicted.

SC: Insufferable man AND a creepy house? She’s braver than most. Do you believe in the paranormal and if so, do you have an experience you can share?

EN: I do believe in the paranormal! I believe strange things happen all the time. I haven’t had anything scary or paranormal happen to me, but I know a lot of people who have.

EN: Right now, I’m working on a Hades and Persphone book, and I’m always working with comic book writer Garrett Gunn on a picture book for adults in the action fantasy genre entitled Blade of the Butchered King. You can read the first few pages on his Patreon here.

SC: Thanks for dropping in to chat. Let’s take a look at your novel now. 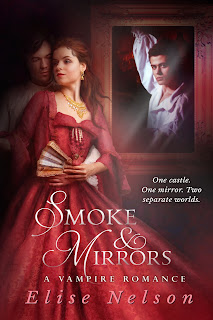 Smoke and Mirrors: A Vampire Romance
Elise Nelson
Genres: PNR, Gothic Romance, Vampire Romance
Publisher: Shattered Glass Press
Date of Publication: May 25, 2021
ISBN: 1777632935
ASIN: B08ZT1JTF9
Number of pages: 409 pages
Word Count: 120,857 words
Cover Artist: Covers and Cupcakes
Tagline: In the shadows, nothing is ever what it seems
Book Description:
Caroline Blake is a young reporter with a past almost as cryptic as her future. She never put much stock into her late aunt’s eerie tales of monsters and demons until she takes an assignment to cover the elusive Ashdown family’s Harvest Festival. As part of her assignment, she must live at the family’s mansion for six weeks and help prepare for the event.
No one has seen the family since the tragedy that occurred at the last festival almost thirty years prior. As the only female reporter on-site, Caroline must hold her own while uncovering why the family closed their doors all those years ago.
Perhaps the most challenging part of her assignment is dealing with her working partner, William Ashdown. The handsome lord of the house seems bent on testing her patience every time they meet. Still, there is something intriguing about him that she can’t ignore.
Caroline is soon swept into a world of generational secrets, unsettling mysteries, and unexpected romance. Amidst all the uncertainty, one thing is sure: in the shadows, nothing is ever what it seems.
Book Trailer: https://fb.watch/7TwDBoHA0K/
Amazon     Author Website     Discover Books

I could never forget that day. There was an eerie stillness in the air as we stood there, waiting. Chills dimpled deep into my skin, and I swore it was watching me. It was watching all of us. A thing too far away for us to see but close enough to feel the slimy chill of its gaping stare. Like the unnerving lick of a wild animal. Or being scratched in that spot of your back that you can’t quite reach.

I could never forget how it all felt. The stale air clasping my skin, as if paralyzing me in place. The blind panic coursing through me. The sound of muffled breaths and stifled cries suffocating the air around us while we did our best not to make a sound.
None of us really knew what we were waiting for, and somehow that made it worse. Maybe we wouldn’t have been so utterly petrified if we’d known what we were up against. But we didn’t. We just stood there in the dark, the dewy mist of twilight teasing our tired eyes, and tried not to scream.

My aunt always told me to beware of the monsters in the closet. Of demons and shadows. Mythical beings she read stories about at bedtime. Creatures from the corners of our eyes and the echoes in our footsteps. She sang me eerie lullabies of cautionary tales, sinking in stories rich with disaster and fear so I would recognize any such creature if I ever saw one. When she’d speak these rehearsed sermons of the undead, her hands would tremble, and her eyes would go wide and far away—the shocking blue around her pupils turned into stagnant crystals ready to drop and shatter at any moment. It was as if she had left this world altogether and I had to wait for her to return.

I always wondered where these stories came from and why Maggie recited them to me every night before I went to bed. As a teenager, I thought she was simply out of touch with reality— that there was something about her that wasn’t quite right. I heard it when she spoke and saw it in those wide crystal eyes. Her lyrics never made their way into my mind, at least not until I was much older. They just swirled inside the little head that she cradled and brushed before bedtime.

I was a very protected child in a small home, in a small town, hidden deep within Western Europe.

When she died, I left the only place I’d ever known. I had no one else in Fairbrooke worth staying for.

So I moved to Brakerton Heights. 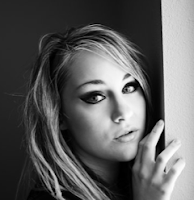 About the Author:
Elise Nelson is a writer of fiction, non-fiction, poetry, comics, and articles. She has published under a few different pen names since she was nineteen and has been published in literary periodicals, including The Nassau Review and Essig Magazine. She has also worked as an editorial intern for Christopher Matthews Publishing as well as a writer and editor for many other companies, magazines, and websites. She has a Bachelor of Arts degree from Boise State University, where she studied English literature, creative writing, and multimedia storytelling. She is currently a writer and editor for Jotaku.net and enjoys writing Star Wars fan fiction in her spare time.
https://www.elisenelsonauthor.com/
https://www.facebook.com/EliseNelsonAuthor
https://www.instagram.com/elisenelsonauthor/
https://www.goodreads.com/author/show/21519109.Elise_Nelson 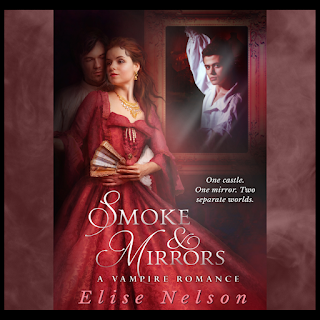