THE PAIN EATER by COURTNEY DILES

Stop the presses! This interview with Courtney Diles just came in!
SC: Tell me a little bit about your main character of this book.
CD: Roxie is a spunky college senior, an English major with a Psychology minor, and a party animal. She lives with her father; her mother died when she was young.
The most interesting thing about her is the voices in her head. Her voice Narra narrates her life, her voice Snark is a manifestation of anxiety, and her voice Cruel is a manifestation of depression. (I didn’t even set out to categorize them like that, but that’s how they turned out. There are even places where Snark and Cruel blur, just like anxiety and depression blur.)
SC:  Do you believe in the paranormal and if so, do you have an experience you can share?
CD: I believe everything has a scientific explanation. I’m not going to say that ghosts and such don’t exist, but if they do, we will eventually figure out the science behind them. I will mention an experience I had a few years ago. I moved into a beautiful house built in 1914, complete with secret passageways and trapdoors. I also suffered from severe depression at this time, but the house was not a factor… until I learned that a double suicide had taken place there. I never learned where in the house or the method of the suicides, and I’m glad I didn’t. Just knowing that these suicides had taken place made me wonder if the house was somehow contaminating me and giving me suicidal thoughts. So... some family members and I performed an “exorcism,” by which I mean we decorated the house as colorfully and cheerfully as we could. It worked—the house felt like my own home again. I can say with confidence that nothing paranormal ever happened in that house—no mysterious noises, nothing falling over, no lights flickering mysteriously, etc.
SC: What titles are you working on now that you can tell us about?
CD: Of course, I’m working on the sequel to The Pain Eater, The Memory Banker. A memory banker is stalking recently blinded Dawnie Oppel—how can their relationship normalize?
My current passion project is a paranormal romance about two superheroines. I won’t say any more about it yet.
I also have a YA fantasy novel called Nightmares of a Daydreamer. It’s about a girl who is literally haunted by a guy she met in her coma dreams four years ago. Is his magical world real? Is he?
SC: Thanks for stopping by. Let's take a look at your book now. 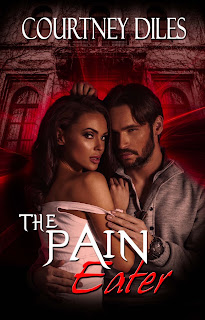 Tagline: A beast consumed with pain could be her greatest pleasure.

Roxie Maeda is a college senior who hears voices in her head. When she first sees the demonic creature haunting her crush, she blows it off as a hallucination, but then it shows up in her Psych class, visible to everyone.

Its appearance triggers a police search of the campus, which reveals a bag of guns right outside the classroom. Someone was planning to shoot up the school. Over time, the creature discloses that he is a pain eater—a cursed, undead human who eats pain demons that arise from injuries, taking the pain into himself.

His selflessness sways her, and she befriends him only to fall in love. Together, they resolve to break his curse and save Prometheus University from its unknown attacker.

Without closing my eyes, I slowly wrapped my mind around what the guy in black was. Monster. Supernatural. Something that wasn’t supposed to exist. But what exactly was he? Could he be a ghost? He could walk through walls. He could disappear.
What kind of ghost dresses like some kind of assassin and gets his jollies from causing campus lockdowns? It didn’t fit.
Plus, he was flesh and bone when I hit him with the knife. I thought about banshees, but banshees were female, weren’t they?


I thought about Japanese shinigami, escorts to the underworld—but no one had died. 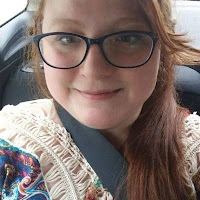 Courtney has an English degree with a Writing Concentration from the University of South Carolina. She lives in Indiana with her Marine husband, two singing huskies, and three purring kitties. She blogs about her own experiences with mental illness. 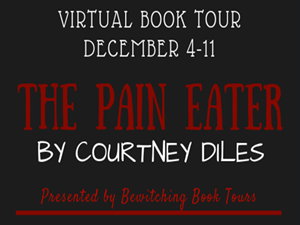