INTERVIEW WITH ALAN McGILL (A CRY IN THE MOON'S LIGHT)

Today we'd like to welcome author Alan McGill to sit down and have a little chat with us.

AM: The main character is a shy and demure woman commonly known as mi Lady. Her name is not revealed through much of story for reasons that become apparent later in the series. A beautiful peasant girl forced to leave her village after a tragedy involving the love of her life. Years pass until one day she is forced to travel through the Dark Forest.

She marries the Governor of Normandy and becomes a member of the aristocracy, but she never forgets where she came from. She is as courageous as she is kind using her wits to survive. Skilled with a blade she is fiercely loyal and loves only one man her entire life.

AM: I do as a matter of fact. I don’t have any personal paranormal experience but a funny story. When I was in college circa 1985/1986, I was in a speech class with a student who played an audio recording of Bigfoot vocalizations. He later introduced me to Stan Gordon who is a well know paranormal researcher in western Pennsylvania. I was fortunate enough to join one of Stan’s first research groups.

One day, Stan dispatched me and a partner to investigate a puma sighting in the Evans City area of Pennsylvania. Pumas aren’t necessarily paranormal (although there are reports of Bigfoot sightings in proximity to black panthers) but the PA Game Commission does not recognize they exist in PA. So, Stan’s groups always investigate the unexplained.

I did not review the questionnaire provided to me prior to conducting an interview with the witness. She was a middle-aged woman residing in a rural area. We took a plaster cast of the puma track and then I was to sit down with her and ask the questions on the form. One of the questions asked if she was menstruating. I could barely ask the question and turned about fifty shades of red. Not exactly Bill Murry in Ghostbusters.

SC: Don't even want to go there. What titles are you working on now that you can tell us about?

AM: I am editing the sequel to A Cry in the Moon’s Light with hopes to release it in October 2022. It’s the second book in the series where we catch up with the MC fifteen years after the events of the first book. Her grandmother has passed and she is living alone in the city of Trevordeaux.

A series of brutal murders send her on a mission to discover if night creatures have returned to southern France. This becomes the pre-lude to war with the Army of the Undead being led by the vicious Witch King. We also learn that much of the world has been subject to night creatures that have disguised themselves to influence global politics and create war.

We also see the return of Colonel Voelker and the Hessians as they join the fight against the deadly creatures of the night with help from a new place called the Abbey at Feldberg. More of Voelker’s history comes to light and the battles are intense.

Our heroine is forced into the fight as chaos consumes the land. We see the return of beloved characters and are introduced to a whole host of new ones. There are more night creatures, the world is much bigger, and the stakes are even higher.

Romance and love are still the main underlying themes but in unexpected ways.

I’m also writing a short story about the love between two of the main characters that will be released ahead of book two. The story is called “Red Door” and explores how they fell in love, the jealousy that consumes other characters and fills in much of the backstory from the first book. It also points to other things found in the second book.

SC: Thanks for joining us. Let's look at your novel now. 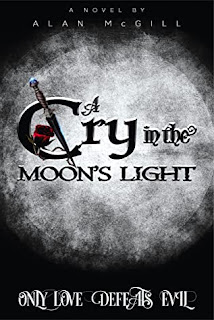 A Cry in the Moon’s Light
Book One
Alan McGill

n a time of castles, muskets, and hideous creatures of the night, a beautiful woman travels across the treacherous Dark Forest to be by the side of her dying grandmother. With only a young carriage driver to protect her, she must use her wits and all of her courage to cross the wild country—and to evade the mysterious beast who stalks her.

What follows is a tale full of horror, mystery, and romance: gruesome murders at a village hidden deep in the forest, a castle that holds dark secrets, and a black wolf leading a deadly pack. Nothing is as it seems, and this journey has only just begun. The beautiful lady in the carriage will learn that only love can defeat evil, but is it love or danger that cries out to her in the deceitful light of the moon? 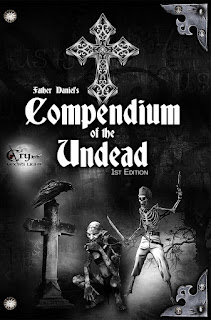 Father Daniel’s Compendium of the Undead
A Cry in the Moon’s Light
A Series Compendium
Alan McGill
Publisher: Alan McGill
Date of Publication: 10/31/2021
ASIN:B09J424GHT
Number of pages: 182
Cover Artist: Emily’s World of Design
Book Description:
Father Daniel and his Right Hand of God Order are a secret society fighting hideous creatures of the night. For decades, they’ve gathered relics and created weapons at a place called the Forge, located in a silver mine deep below the abbey on Feldberg Mountain. The monks compiled this compendium at the abbey in hopes it may help you understand the story that is A Cry in the Moon’s Light.
This tome is Father Daniel’s attempt at dispelling myths, retelling legends, and digging deeper into the characters and places you love from the story. There are detailed descriptions, over seventy-five illustrations from various artists, and even spoilers where the past and future collide!
Amazon      iBooks     Kobo     Smashwords     BN 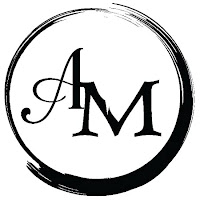 Alan McGill is an American author who lives in an old farmhouse with a clowder of cats. Alan was close to his grandparents, who grew up during the Great Depression. They were married young and remained together until his grandmother's passing. His grandfather served in the Navy during WWII and was a gifted storyteller who wove humorous tales about tough events.

Alan grew up listening to these stories of right and wrong and watching fictional heroes--such as the Lone Ranger, Adam West's Batman and Captain America--stand up to bullies and protect those who count not protect themselves. This inspired him to always do what was right in his own life and shaped his love of storytelling.