I'm not a big believer in Friday the 13'th and the legend associated with it. I don't even think I've watched most of the movies. It passed quietly enough, and then I woke up around 1:30 a.m. on the morning of Saturday the 14'th, got up because  I was  restless, checked facebook and learned from Dave Scott at Spaced Out Radio www.spacedoutradio.com that legendary broadcaster Art Bell had died at the age of 72, hours before. 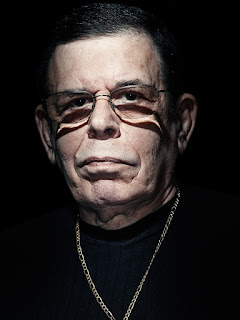 Art Bell, for those of you who may not have been familiar, was the creator of the late night syndicated radio program Coast to Coast (C2C), and went on to host other re-creations of that genre including Dark Matters and Midnight in the Desert.

Art Bell interviewed many people, from celebrities to scientists. And he was a big paranormal/ufo/cryptology fan. BIG FAN. If you had a weird story, and you were lucky, you got to tell your tale to Art Bell, who treated his guests, crackpots or not, with dignity.

So perhaps it was somewhat fitting that the day he left this planet was Friday the 13'th. I think he'd be a bit bemused with that.