August came pretty quickly. It's been a hot one here in Vancouver, and we need some rain in this famous rain city. Too many forest fires in B.C.

Let's take our mind of that for a few minutes and chat with author Lisa Beth Darling. Welcome!

LBD: My books generally don't have a single main character, instead they have anywhere from two to four major characters. In "The First Sin" (South of Eden) we have Lucifer, yes that one,. When we first meet him in the present day, he's been summoned up from Hell by his Father and dumped on the outskirts of Eden in mortal form.  Poor Luce, isn't very happy about that development as he plods through a vast desert alone and without any direction.  Once reaching The Garden of Eden, he finds the place is inhabited by his old flame, Eve, her new Lover, Ares God of War, and a small cast of Olympians including Demeter, Persephone, and Gaia.  All of them have been tasked by God to do whatever they can to keep Eden alive.

Lucifer has spent, well, Forever, in Hell and he's very immature when he arrives. He knows little to nothing of the outside world except what he was able to glean during his time as The Devil. Of course, he's still pissed off at his Father and not quite willing to go along with God's plan for having his Fallen Rebel Son bring life back to the Sacred Trees in The Garden of Eden.  Yet, one thing is crystal clear; he's still very much in love with Eve. He longs for the days when he wandered The Garden with her naked and innocent.

There's also Cain Enoch, the son of Lucifer and Eve, who was cursed by God to walk the earth forever alone after he killed his brother, Abel. Cain is rich, handsome, and out to find and destroy Eden at any cost.

SC: Tasks by God can take a lot out of you. Do you believe in the paranormal and if so, do you have an experience you can share?

LBD: Yes, I do. I've always believed in the paranormal which sort of drove my Roman Catholic mother a bit batty at times.  I've always been fascinated by it and, I suppose, it's one of the main things that led me to my happy little Pagan Path.

After my family and I moved into my ancestral home, for the longest time my girls and I swore it was haunted. I used to see the image of a man dressed all in white, he was petting a black cat, and he liked to stand in the doorway of my bedroom. I have no idea who he is, I never saw him before, and the house only had 1 owner before my parents bought it in 1962.  I haven't seen him in a while but I do still see blackspots in the bedroom and, often times, as I'm trying to fall asleep, I swear I hear people talking or music or singing. It's too low to make out the words being passed back and forth but I hear it.

SC: Thanks for sharing that with us. What titles are you working on now that you can tell us about?

LBD: I don't write in the Summer Doldrums. No, I spend most of mid-July through the end of August hold up in my bedroom where the AC is when I'm not working or taking care of family things. I just can't stand that stretch of time where it feels like the air itself is trying to hold me down and I find myself covered in a thick sheen of sweat just sitting in a chair. I have a few stories rolling around in my head—perhaps a new Of War story or a mystery-- but The Muse and I won't get around to putting anything down in digital ink until September or so when the air is breathable once more.

SC: Well then, we will look forward to more things from you in the fall. Thanks for joining us. We'll take a look at your book now. 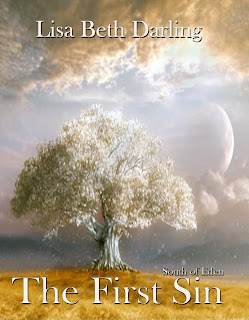 The First Sin (South of Eden)
Lisa Beth Darling
Genre: Contemporary Fiction
Publisher: Moon Mistress Publishing
Date of Publication: 7/31/2021
ASIN: B096QZF49Q
Number of pages: 340
Word Count: 135,000
Cover Artist: Lisa Beth Darling
Tagline: Lucifer Returns to Eden
Book Description:
Lucifer is unceremoniously yanked out of Hell by his Father so he can return to his old job in the Garden of Eden. When he arrives, broken, battered, and bleeding, he falls into the arms of Eve who is unsure about seeing her old lover again as are the people now living in a dying paradise.
Tasked with returning the Sacred Trees of Life and Knowledge to flourishing bounty once more, Lucifer struggles to learn his new place in his old home. Yet, he hasn't been placed there solely to tend the Garden. His son, Cain, is on the way with murder and destruction on his mind.
Having lived, cursed by God, for eons, Cain Enoch has made quite a name for himself and amassed a fortune that would make even his Grandfather envious and with it he'll stop at nothing to find Eden and destroy. Why? So he can finally die even though it means taking the Earth, Heaven, and Hell with him.

"My Father said there was no money in Art," she huffed and took a long swallow from her glass, "he insisted I get a real job."

"Dads," Cain said in a dreamy tone as he looked at a painting of a garden. Something about it called to him. It was so real he thought he could almost smell the patch of honeysuckle as it radiated its sweetness under that bright summer sun. Something about it seemed familiar but he couldn’t pin it down. "They can be real assholes." He finished his glass and slipped his arm around her waist when he heard her start to choke. "You ok?"

"Fine," she stammered even as she blushed. "You’re so right, real assholes," she agreed getting her reaction under control, "but they’re not here now."

"Thank God for that," he said with more grimace than smile.

"Yeah," she sighed and drank down the last of her glass, "more?"

Cain, who normally had such sharp ears and was such an excellent judge of people, was still so captured by the painting that he missed the whole thing. Instead he pointed at it and asked, "Where is this?"

Jesse didn't miss a beat even as her breath caught in her chest, "Devil's Hop Yard, it's a park in Connecticut." She stopped for a second as she took him in and then casually asked, "Do you like it?"

"Devil's Hop Yard," he repeated still a distant tone as he stared at it. Cain had been all over the world several hundred times and the name seemed familiar but he couldn't say he'd ever been there.

"Earth to Cain," Jesse chuckled as she snapped her fingers in front of his glassy eyes.

That brought him back around and he tried to cover the moment with a laugh, "Sorry. Yeah, I love it, it's beautiful, it's like, like, I've been there before."  He reached out to touch it but she grabbed his wrist.

"Nope, no touch, we do not put our greasy finger prints on the paint," she said with a serious grin.

"Oh, yeah, right," he muttered as he felt her leading him away from the artwork that he just couldn't take his eyes from until she fully pointed him towards the second hand couched with their thick blankets and the burning hearth next to them. "More wine?" He asked trying to force himself the rest of the way out of his daze.

"There's a delayed echo in here," she cooed as she plopped down on one of the couches and held up her empty glass. Silently she cursed herself for displaying that painting. She never intended for him to see it and convinced herself he never would. Even if he did, it was just a painting. In the end, her pride won out and she felt it was too good not to put on the wall of her little Art Studio.

"What about those?" Cain asked as he filled their glasses and pointed off to one corner where canvases were standing back to front. "What's over there?"

"Temperamental artist, I see," he grinned and settled in next to her. 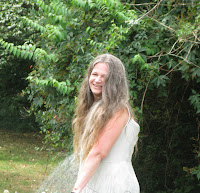 Lisa Beth Darling is 54 years-old, the mother of two adult daughters, grandmother to one, and wife to her husband, Roy, for the last 35 years. She lives and writes in her hometown of New London, CT.

Her stories are filled with secrets, lust, betrayal, and sometimes rage, they may keep you awake into the wee hours of the morning cheering, weeping, and captured by suspense as our heroes and heroines have their love tested by demons who reside within and without.

In her spare time she enjoys gardening and photography as well as cooking and baking. She also enjoys helping other authors bring their works to the world stage. 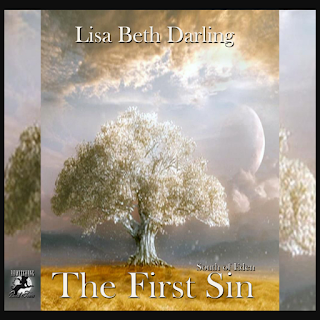