INTERVIEW WITH ASHLEY PAGANO (THE GAUNTLET)

Apologies... stuck in the never ending ferry lineup on the west coast and didn't make it back when I thought I would, so this post is a tad tardy. Totally my bad. But we're back on track now...


AP: Link and Ommily are the two main characters in the book.  They are the last two Faeries in existence that happen to meet, by chance, at The Soppranaturale.  Ommily is by definition, ‘perfect’, mesmerizing, naïve, and sassy.  Too bad, she comes to The Soppranaturale with her ‘human’ fiancé.  While Link is ruggedly handsome, rowdy, and highly guarded.  The second him and Ommily lock eyes, his world stops and hers awakens.
Omnily, newcomer to the Soppronaturale, offensively controls and manipulates the four elements; Fire, Earth, Wind and Water.  While Link defensively uses their energy to shield Omnily and himself from even the darkest magic.  He teaches Ommily all about the magical underground world hidden within The Soppranaturale.


AP: I have never had any experiences (although I’m patiently waiting), but my husband has.  In one of his childhood homes, him and his siblings all had experiences with different “ghosts”.
SC:  What titles are you working on now that you can tell us about?


AP: As of last week, I sent the second book, in The Soppranaturale Series to Inkspell Publishing.  They loved it, and it will be released next year.  It is an amazing sequel to this one.
SC: Thanks for stopping by. Let's take a look at your novel now. 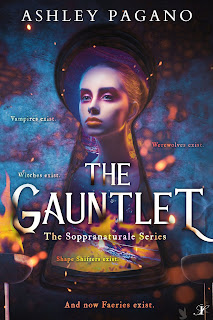 The Gauntlet
The Soppranaturale Series
Book One
Ashley Pagano

Hidden in plain sight, is a mysterious hotel that doubles as a supernatural refugee: The Soppronaturale.

Each supernatural inhabitant has a specific purpose, job, and destiny.

All to keep the hotel running and its secrets safe.

The last two Faeries, once unified, could be the most powerful forces on Earth.

Ommily, newcomer to the Soppronaturale, offensively controls and manipulates the four elements; Fire, Earth, Wind and Water. While Link defensively uses their energy to shield Ommily and himself from even the darkest magic.

They could protect all others. But first, they have to defeat the Gauntlet. 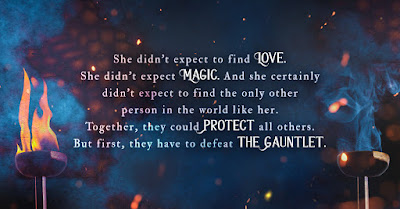 When she walks into the hotel lobby, my world stands still. As if the earth suddenly stops rotating for a brief, suffocating second. Not just for me, but other men and women seem to pause just to stare at her, too. Huddled businessmen stumble over their words as they cut off their conversations in order to gawk at her. Their gazes follow her curves, from her forehead down to her heels. Their mouths hang open with no regard to impending drool. Wide-eyed women follow her path also, turning their heads just enough to hide their judgmental expressions. Even the teenage bellboy nearly trips over his luggage cart as he catches sight of her. For me, I have to grip the counter to stop myself from swaying and my knees from buckling, fighting the breath that’s caught in my windpipe.
Her hair, like fire, consumes her shoulders in perfect, flowing ringlets. Her eyes are like protuberant green emeralds that capture your soul, if ever your gaze aligns with hers. Her skin is as if it were painted on her face, pulling in the bronze summer highlights from outside. Her smile is one luminous hue of ivory, matching the sagging tissues directly in front of me. Her body is thin yet slightly muscular, bulging or pinching inward in all the right places. Her clothes even look as though they were made specifically for her, hugging her body seamlessly. 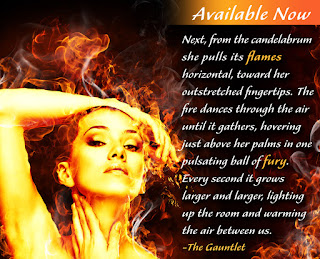 Ashley Pagano has always dreamed of being an artist both figuratively and literally. Her love of art was instilled by her mother who always inspired her to be creative either with a paintbrush or with a pen and paper. As far back as she can remember her life was always centered around introspection, storytelling, and imagination.

Because she is so artistic, she took to the idea of creative writing very passionately. Her ability to describe a scene, person, or place, she compares to painting a picture, where she can describe every detail vividly in order to make the reader feel like they’re truly living in the story. Her works of writing usually center around a powerhouse female protagonist (which reflect her own personality), who progresses through many wild and extreme obstacles. Ashley loves to write stories that end with a cliffhanger, that have the reader begging for more and questioning what happens next.

Her most recent novel sets the stage for the paranormal romance of the century and includes ghosts, poltergeists, and demons who just love to get in the way of true love. Ashley has won awards for her design, art, and writing.

Ashley doesn’t believe in down time whatsoever and actually loves having a full “To-Do”list. Ashley is a wife to her wonderful husband, Eric and a mother to a beautiful baby girl named Dakota. She is also a Graphic Designer and a health and fitness coach. Her husband and daughter inspire her to be the best person she can be and encourage her to pursue any of her dreams (no matter how extravagant they may be). 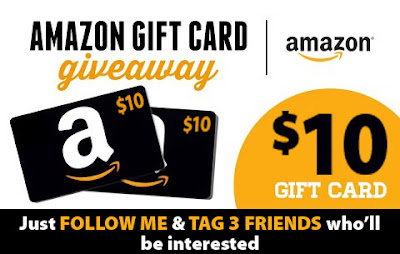