As much as I want to be a singer, I am not a singer. American Idol would have me on the blooper loop. I am intrigued however, by this title, Dead Girls Don't Sing. The author, Casey Wyatt, stopped by to chat with us this morning. Bonus!
SC: Tell me a little bit about your main character of this book.
CW: Cherry Cordial is such a fun character. She first came to me while I was driving. All I heard in my head was “Vampire Stripper on Mars.” Cherry didn’t arrive fully formed but her personality was hard to ignore. Dead Girls Don’t Cry was the fastest book I ever wrote. Cherry and I were simpatico!
Until I wrote book two – Dead Girls Don’t Sing – where I delved deeper into Cherry’s past as Charity Belmont, daughter of the Earl of Pembridge and Lady d’Aumont, wife of Jonathan (her vampire maker). Then we had a bit of a tussle over how much of her backstory was relevant to the book. In the end it took me the longest time to finish the story. But I did get it done!
The thing I like the most about Cherry is that she is loyal, caring, and would do anything to keep her family safe. Much like me, she is stubborn and doesn’t like people trying to control her. Let’s just say that in Dead Girls Don’t Sing, we learn more about her human family (including her brother Edwin who deserves a book of his own) and more about her early vampire years. If you like family drama, this book has plenty along with humor and fast-paced action.
SC: I think I want to visit the club Cherry worked at on Mars. But I digress. Do you believe in the paranormal and if so, do you have an experience you can share?
CW: The scientist in me resists the idea of the paranormal being real but I’m open to the possibility. I’ve never encountered the paranormal in my waking life but I did have one experience back in 1992 that involved a dream. I dreamt that my great aunt (who I loved dearly) was in the hospital. One of my uncles and my aunt (who I don’t see much let alone dream about) were there and they were very upset. I woke up and dismissed it but that same day, I asked my mother if my great aunt was okay. She said she was fine. Two days later, my great aunt died of a heart attack. She had been taken to the hospital by the same aunt and uncle in my dream. So that alone tells me that, we humans, don’t know as much as we think we do.
SC:  What titles are you working on now that you can tell us about?
CW: Right now, I’m writing a paranormal romance, Chase’s Fire, (next book after Lachlan’s Curse). Once that is completed, I hope to go straight to Misfortunate Soul, (a sequel to Misfortune Cookie). It’s about time because Misfortune Cookie is a book that I get asked, “When’s the next one coming?” To those who’ve asked, “I hear you!” The only reason I didn’t go straight to it was I had just completed Dead Girls Don’t Sing, which is also first person and I needed a brain refresh.
Thank you so much for having me. Got questions, please do ask away!
SC: The pleasure is ours, Casey. Drop by anytime. Now let's take a look at your novel.
﻿ 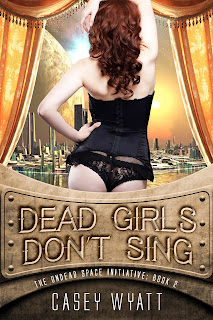 Tagline: Time will have its way

When former vampire stripper Cherry Cordial settled on Mars with her undead family, she thought she’d left her chaotic past behind her. After finding her mate and becoming the first vampire to give birth, she’s hoping to lead a drama-free life.

Naturally, the universe has a different plan. When mysterious undead space travelers arrive, an ancient Martian plague is released, infecting the undead. To find the cure she must return to Earth. All she needs to do is travel into the past, confront her own tangled history, and not break the space-time continuum. But if Cherry’s learned anything, it’s that her life is never that easy.

Tiny pokers stabbed my eyes.
Another body, warm and hard, spooned against my backside.
Ian always felt so good, comforting and real.
His hand wrapped around my waist, cupping the underside of my breast. A cool sheet slid off my bare shoulder.
I was naked and in bed. A snippet of memory interrupted my appreciation of my husband’s hand.
Wasn’t I running from something . . .?
Fingers trailed along my spine, heading south. The touch was wrong, unfamiliar and rough.
Hold on. That wasn’t Ian. I shouldn’t feel the warmth of sun against my skin either. We lived on Mars, where it was colder than a witch’s tit.
If not Ian, then who was touching my inner thigh?
My eyelids snapped open like a shade on a spring. Bolting upright, I bared my fangs and grabbed the man’s wrist.
Oh, holy hell. I was in bed with another man. I rolled away and slammed into a different body. Shit, make that two other men. Two eye-poppingly gorgeous men.
Hey, I might be dead, but I’m not dead dead.
“Mistress? Have I displeased you?” said the man whose wrist I was about to shatter. Stunning blue-gray eyes. Dark stubble lined his chiseled jawline. His dark hair was mussed and complimented his swarthy skin tone. Dried blood smeared his neck. A red trail led to puncture marks.
The other man’s brown muscled chest rose and fell in rhythmic sleep. His body was fully exposed on the white sheet. Puncture marks lined his neck, his groin and his very erect penis.
My cheeks heated like a furnace. Clearly, we’d had a good time.
“No. Leave me. Both of you go to your rooms.” I dropped his wrist. The man woke his drowsing companion, and they left as I’d commanded.
Damn. I wished I could get the other men in my life to be so compliant.
Other men? There were other people important to me. Why couldn’t I remember them?
I’d kill Jonathan if he was messing with my mind again.
But yet... that idea didn’t feel right.
Somewhere in a dead corner of my memory, this moment seemed familiar. Jonathan, sensing my unhappiness with our “arrangement,” had spent the early years of our relationship attempting to please me.
This must have been my slut phase, where we’d bring home gorgeous men and I would feast and fuck while he watched. I enjoyed knowing it bothered him that I wouldn’t sleep with him. Only the mortals that we found in gaming dens, brothels, even at society events. The only other thing I would take from Jonathan besides his money was his blood, and only out of necessity.
Fucking hell. Ian’s go-to phrase—I remembered him now—helped resurface the reason why I was reliving this not-so-proud moment in my past.
The plague. The Lost Ship. The time stream. My daughter.
Oh, dear God. I hoped she was safe.
“Good morning, my pet.” Jonathan read a page of the morning newspaper while sipping tea from a dainty cup. He sat on the balcony situated outside my bedroom. From his vantage point, he could view the bed and my doings in Technicolor glory.
My heart lurched at the sight of his arrogant beauty. I had forgotten how full of life he’d been, especially in this time period. And, oh, how handsome he was. His raven hair glossy with blue highlights sparkled in the early morning sunshine. The strong line of his jaw and perfect Roman nose coupled with full lips made it hard not to stare at him. He hadn’t yet acquired the weariness that having a Family would place on him.
In later years, after much bitterness between us, I no longer saw him anymore. The beauty was tarnished, and we became as passionate as two coworkers passing the time until their shift ended. He had become someone I had to endure rather than enjoy. Not that I ever really “enjoyed” him because of the circumstances surrounding our sham marriage.
The horrid image of his death, when he’d knelt, offering Thalia his head, shattered the peaceful moment. With a plaintive look, he commanded that I accept his fate and mine. We both knew that Thalia, the dead queen’s heir apparent, was a vindictive bitch. She blamed me for her mother’s death and Jonathan refused to bow down to her. So, he did what he always did. He protected his Family by sacrificing himself so we could escape. In his last moments, regret had filled his eyes. The wish that we could have been different together had been silenced forever.
Seeing Jonathan again and remembering was worse than reopening a wound and rubbing salt in it with a lemon juice chaser. If only I could apologize to him for how awful I’d been. I hadn’t been blameless in wrecking our relationship. I could have tried harder to accept my fate instead of punishing him at every turn.
The temptation to blurt out the truth bubbled inside, until I had to force myself to look away from him. Would this Jonathan be willing to help me? Or would he use my current predicament to his advantage?
No. I couldn’t, wouldn’t chance it. Not with the entire colony’s lives hanging in the balance.
Would’ve, Could’ve, Should’ve. Sew it on a patch and you’d have my life’s motto.
Yup. Regrets sucked.
Jonathan placed the teacup down and smiled. “Did you enjoy yourself? You seemed a bit surprised when you awoke.”
Surprise didn’t cover how I felt. That word was too puny, too inadequate. After a few seconds, I found my voice again.
“Yes, we had a good time. Thank you.” It sure looked that way.
He acted like finding his wife in bed with other men was no big deal. It wasn’t like I would keep them. To him they were more like pets or meals with legs.


But now, with a century of wisdom tucked under my belt, instead of relishing in his annoyance, I realized something. He was sad. With himself or me, I wasn’t sure. And it didn’t matter. I had a mission to accomplish. A future to save. 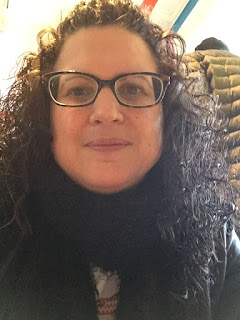 Casey Wyatt grew up in a mid-size Connecticut town where nothing exciting ever happened. To stem the boredom, she read fantasy and sci-fi stories, imagining her own adventures in her head. Not much has changed since she’s grown up, only now she's a multi-published author of paranormal romance and urban fantasy novels. In her spare time, she loves all things geeky, hangs out in museums, and collects stray cats.

To receive advance notice about new releases and special sales, subscribe to Casey's Newsletter at www.caseywyatt.com 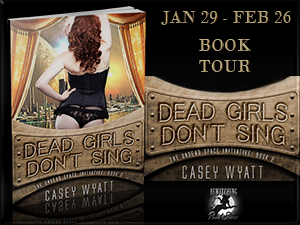